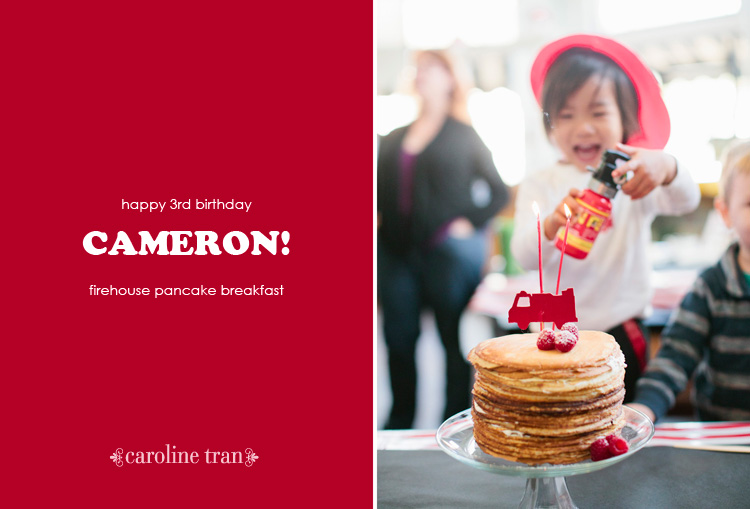 My sweet Cameron turned 3rd at the end of the year.  For some reason, this was bittersweet for me – he was no longer a baby but a little kid now.  This would also be the last birthday where he is my only child.  Unlike his first birthday where I admit it was more for me than him, I really wanted this birthday to be for him.  He has a memory now so this may be the first birthday party he actually remembers.  He is obsessed with firetrucks and loves to pretend play as a firefighter.  This theme was inspired by his play – he likes to put a red bucket on his head and ride a tricycle around school putting out fires. So simple and imaginative.  My goal for this party was for him to have fun and play with his friends.  I wanted parents to be able to relax and socialize while the children safely played together.  Instead of inviting my friends (like his first birthday), I let him determine the guest list this time.  I really hope this will be a birthday he remembers. And in case you missed it, this was featured on 100 Layer Cakelet while I was in the hospital delivering his new baby brother! That’s a whole other blog post.

Ok, I admit, the DIY details were more for me than him.  But he did love the graphic I created and recognizes it as the logo of his party.  He also loved the firetruck cutout I made – such a cheap & easy toy.  Every guest was greeted with a t-shirt, helmet, fire extinguisher (that really sprays water), and a “fire hose”. 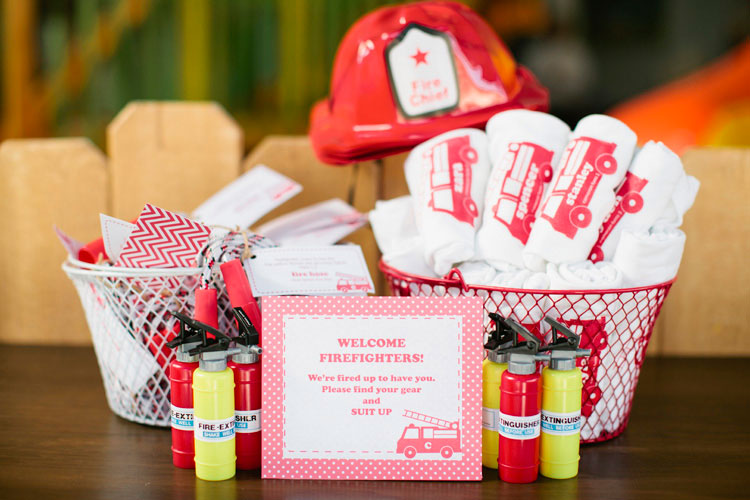 Since it was a firehouse pancake themed party (thanks Wilmarose for the idea!), we served breakfast.  And being fans of crepes more than pancakes, we had a crepe bar.  Huge thanks to James from Food Hack TV for helping us making the food fit the theme!  One of Cameron’s favorite part was watching James flambe the crepes, and allowing him to extinguish the fire.  And thanks to my friend Dorothy for helping me set up that morning! 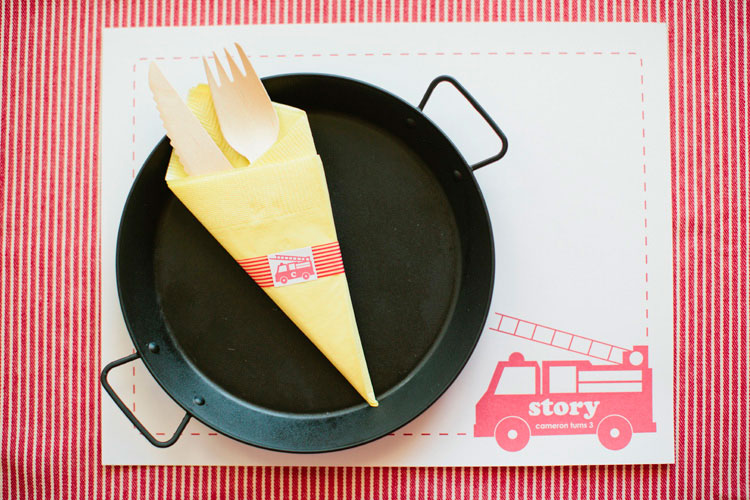 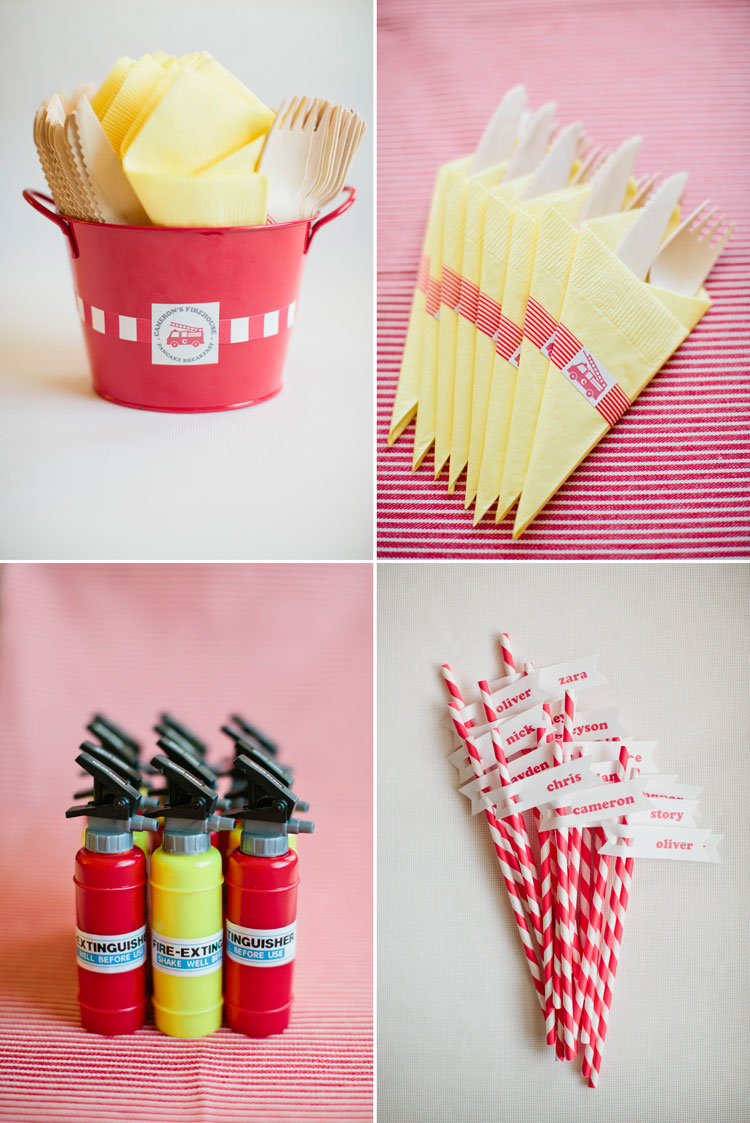 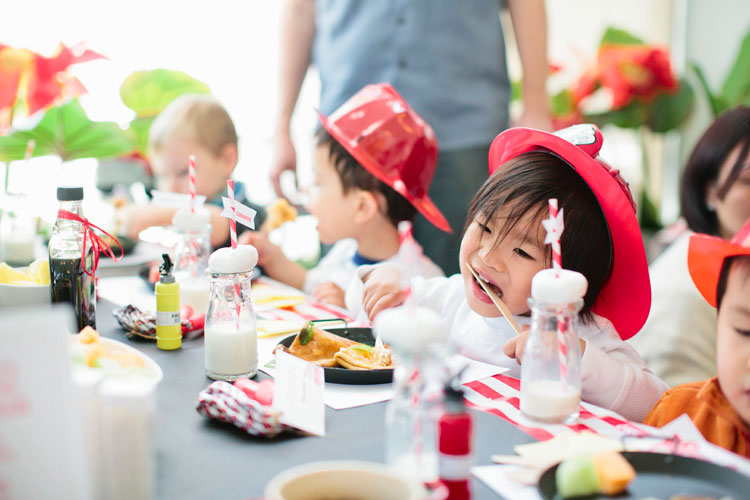 To go with the theme, we had a Mille Crepe Cake. Cameron and I had attended an event that James catered, just a week before his party.  Cameron happened to have the Mille Crepe Cake there and love it, and I loved that it wasn’t a sugary cake!  It went perfectly with his theme and that’s how I got connected w/ James! 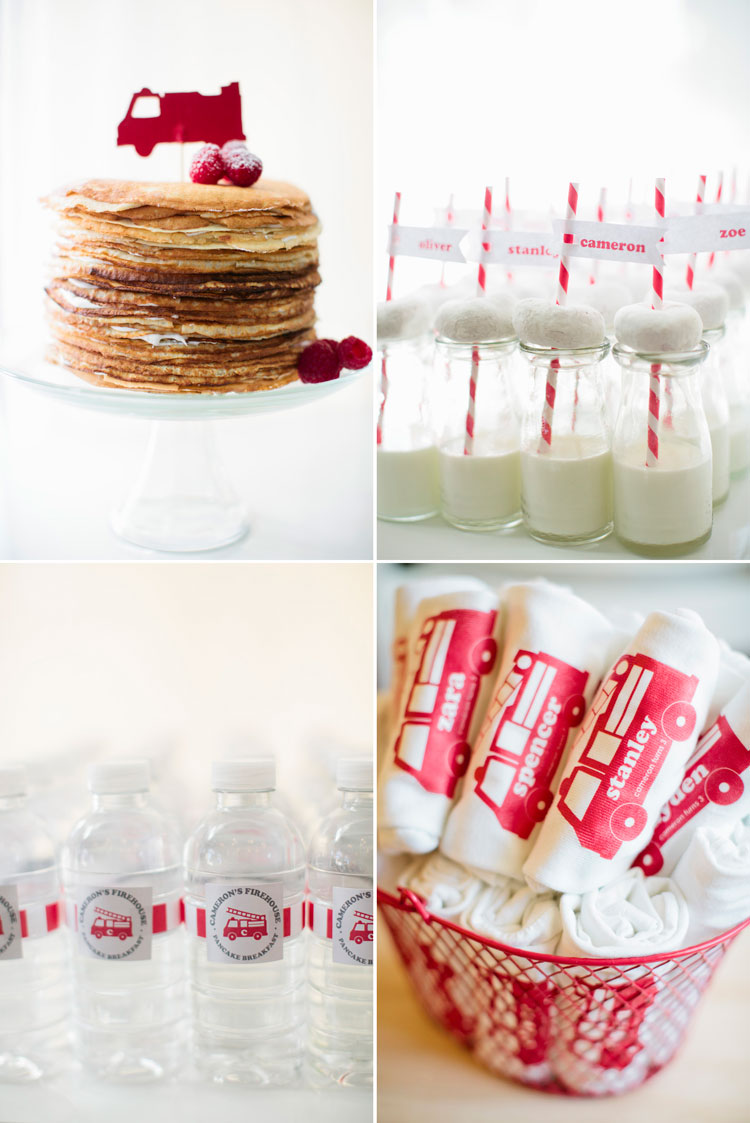 I enjoyed personalizing stuff for his friends, like their donut & milk straws, and their t-shirts. 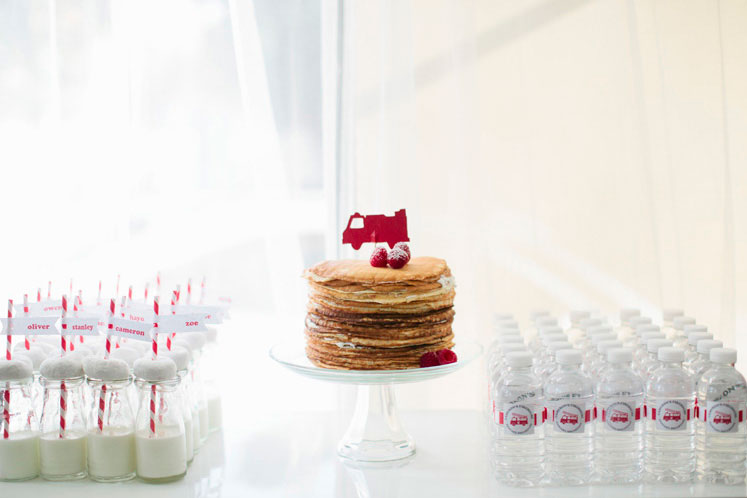 Another fun memory for him was extinguishing his birthday candles.  And at 3, he was old enough to cut the cake on his own!… kinda. 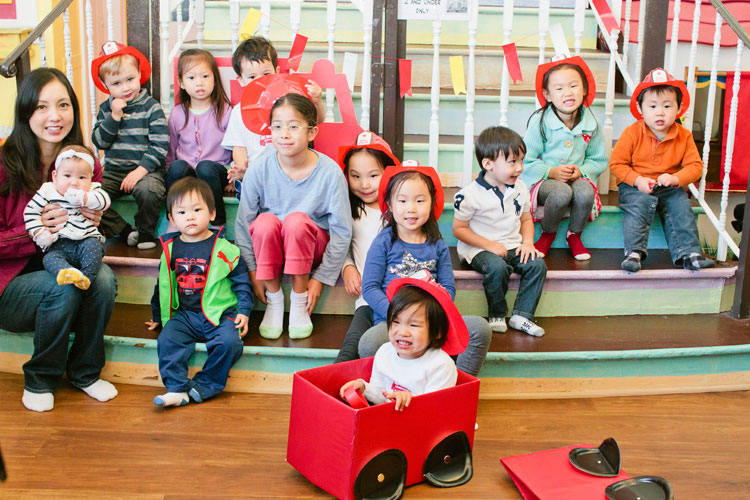 And as a special surprise, James sent guests off with delicious ice cream from Mr. & Mrs. Creamery.  We were huge fans of the Oolong Ice Cream, made with a pound of oolong tea leaves! 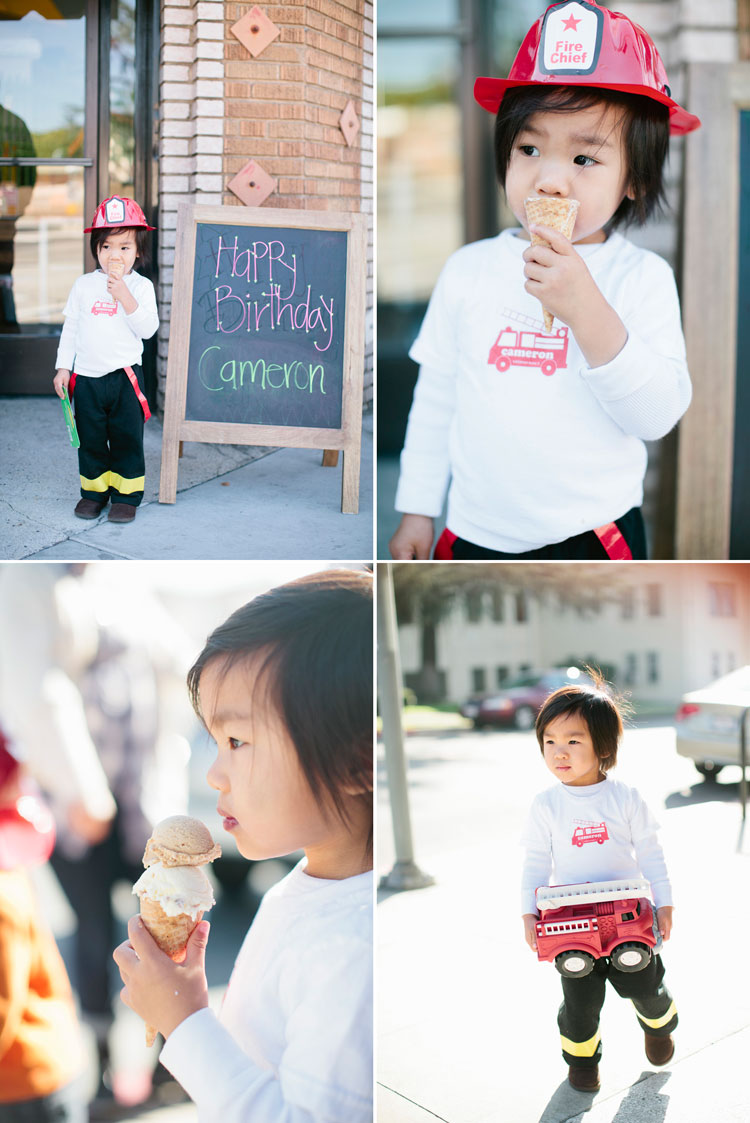 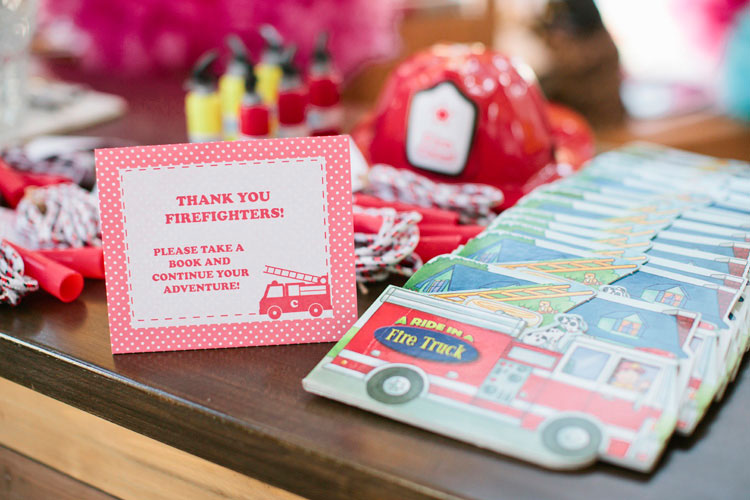 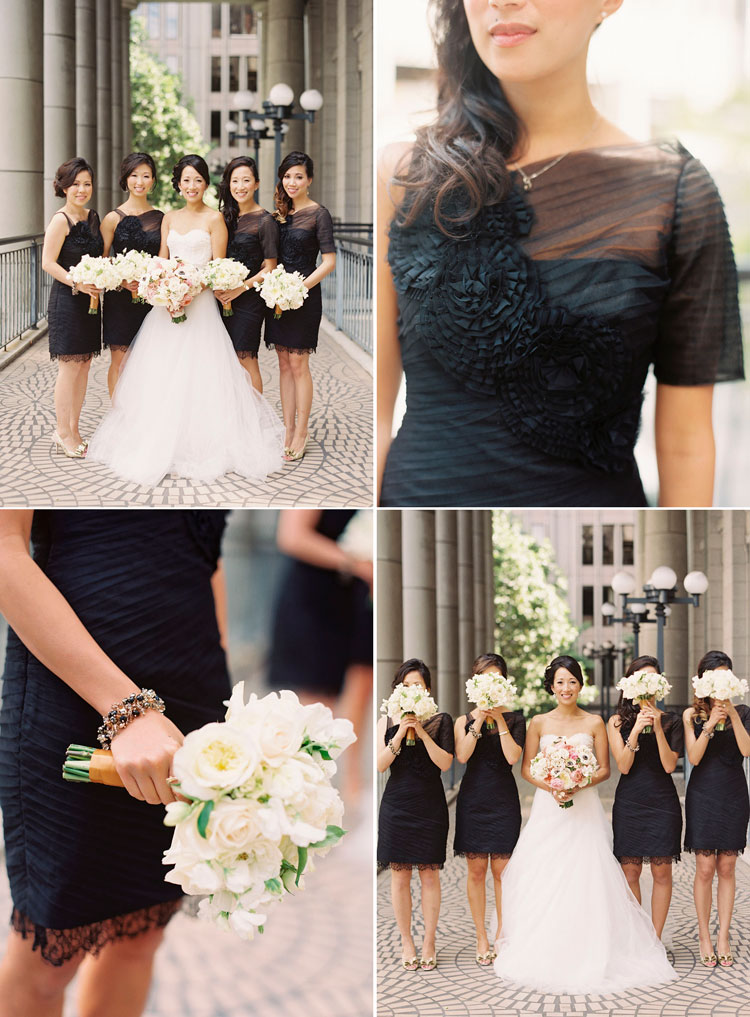 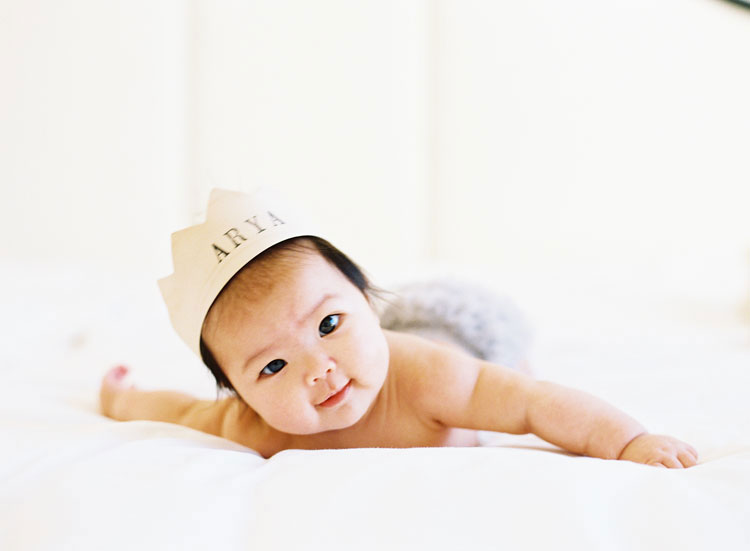