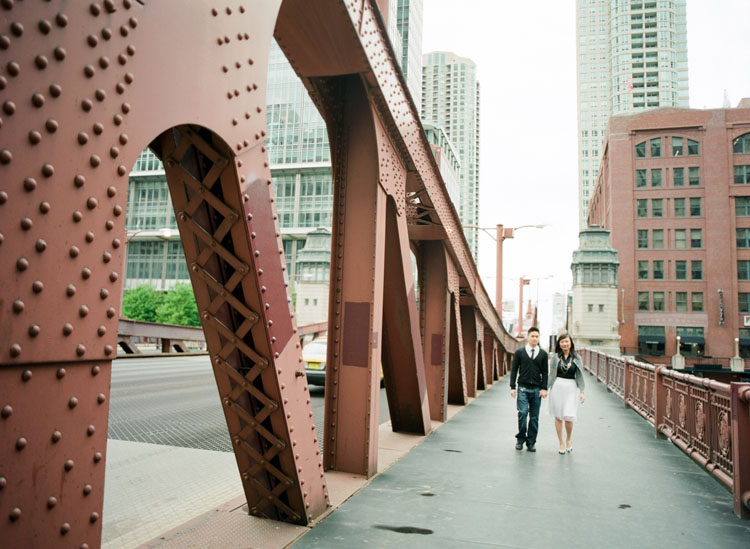 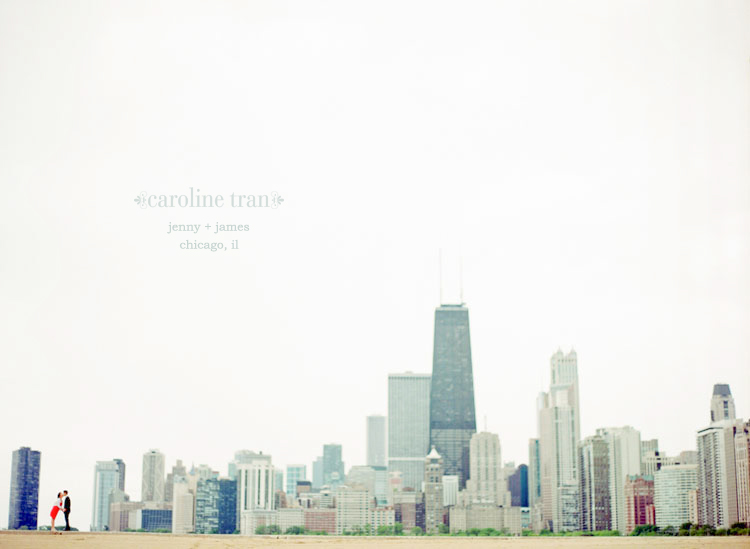 A few years ago, this sweet couple flew me out to Chicago for their engagement session.  It was my first time traveling alone.  On top of that, we shot immediately after I landed!  I felt like it was a pop quiz – here’s a totally foreign place, with a couple you’ve just met in person… now shoot!  We had an AMAZING shoot.  Later that night, I met with a potential bride, who not only ended up hiring me to shoot their wedding, but has also become a dear friend.  Since that first visit, Chicago has become an annual destination for me, making this our fourth trip out there.  I love that I get to shoot there once a year, and visit my couples out there.

I was excited when Jenny contacted me about shooting her engagement session in Chicago.  Her and James have great chemistry and are the sweetest to hang out with.  And they’re foodies too, so we enjoyed exchanging recs & stories. 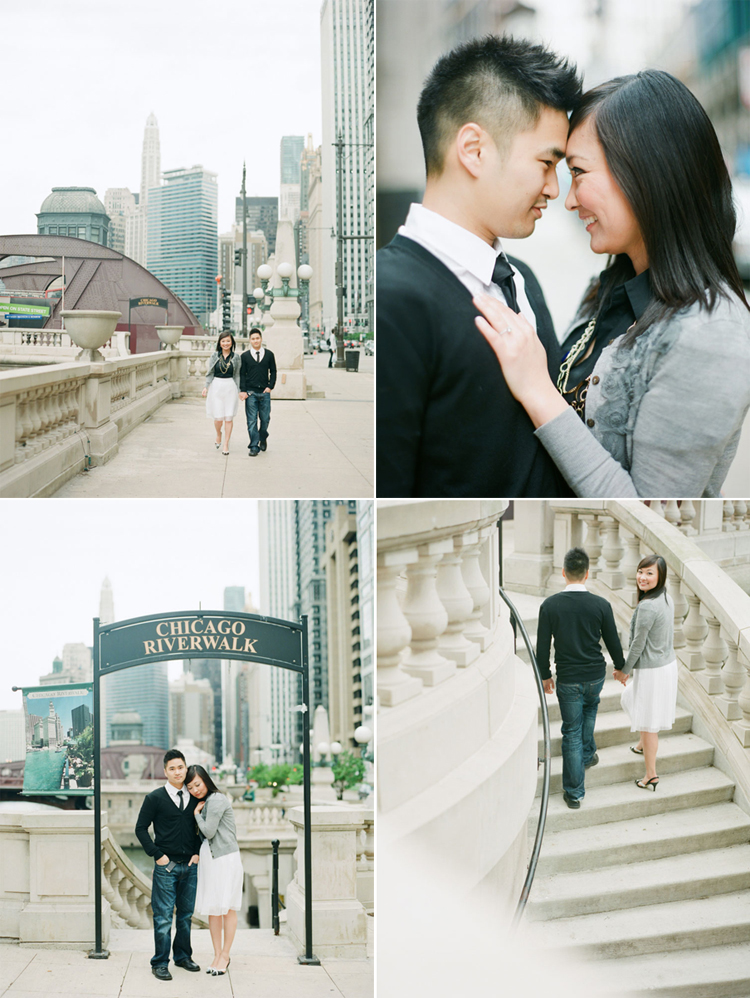 Jenny is a real trooper.  Could you tell it was 40 degrees and we were all freezing?  We happened to shoot on the coldest day that week.  It was so cold that right before this shoot, I went to buy 2 pairs of leggings and a big coat to layer on. 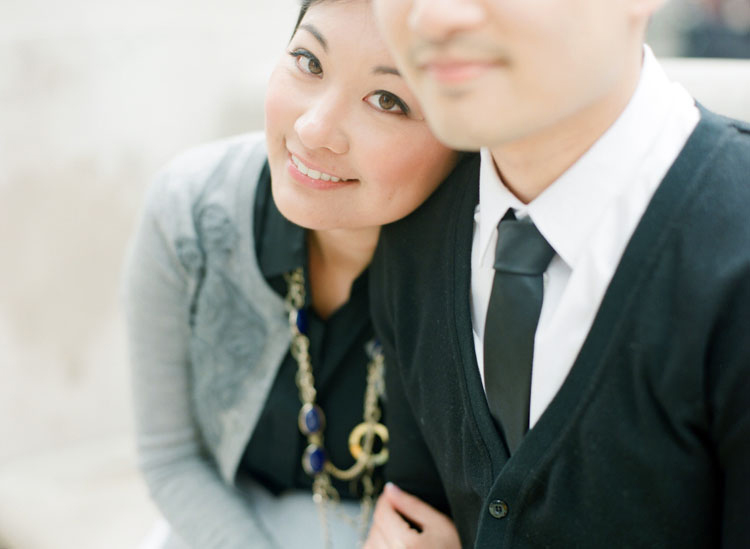 I somehow get lucky and streets often clear up for us… 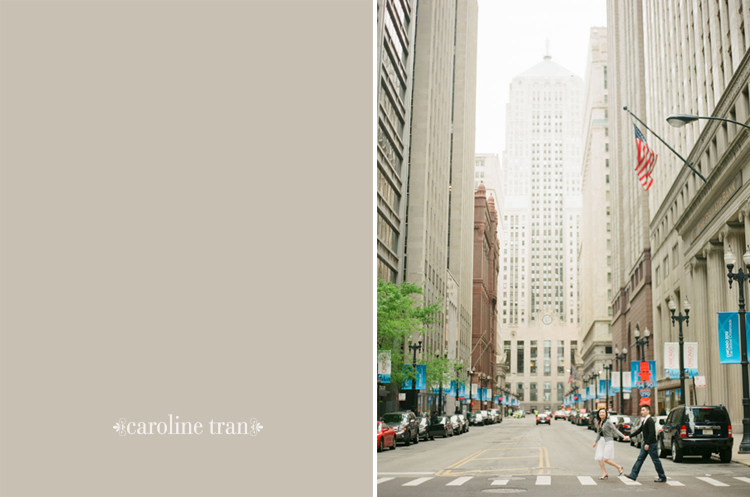 Then we headed to my favorite place to shoot… the beach! 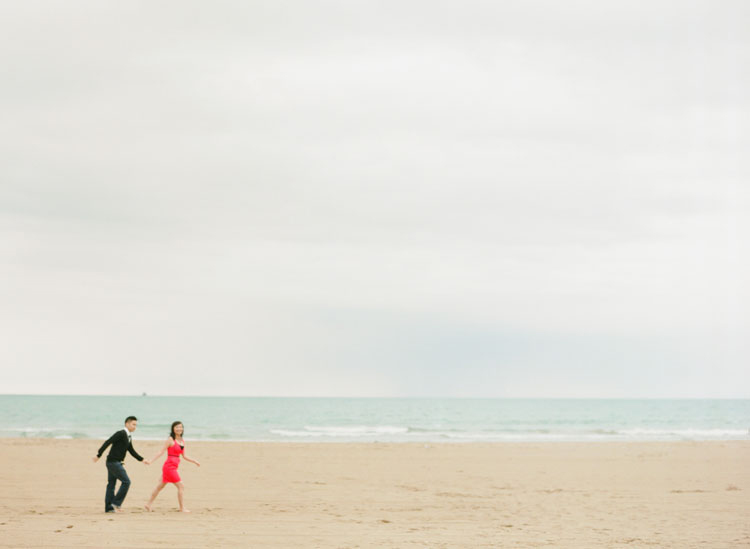 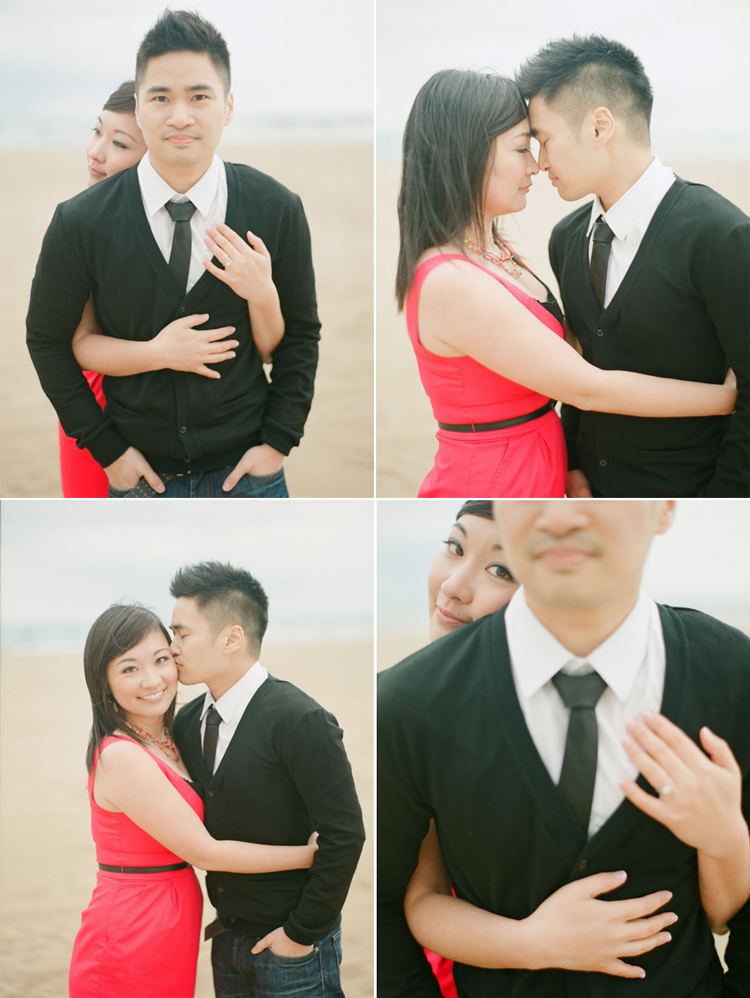 Not a surprise when we found the beach completely empty – it was freezing cold! 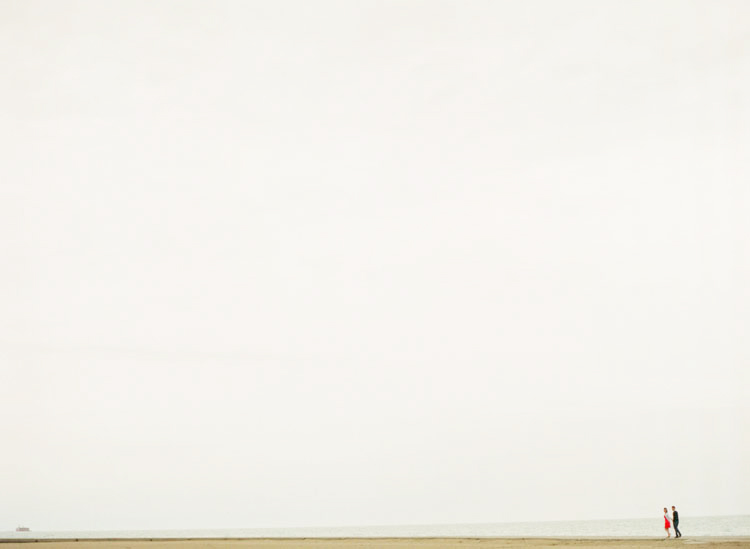 They wanted to shoot here because they used to jog here.  They just recently moved out of Chicago.  I love how nostalgic it will be when they look back at these. 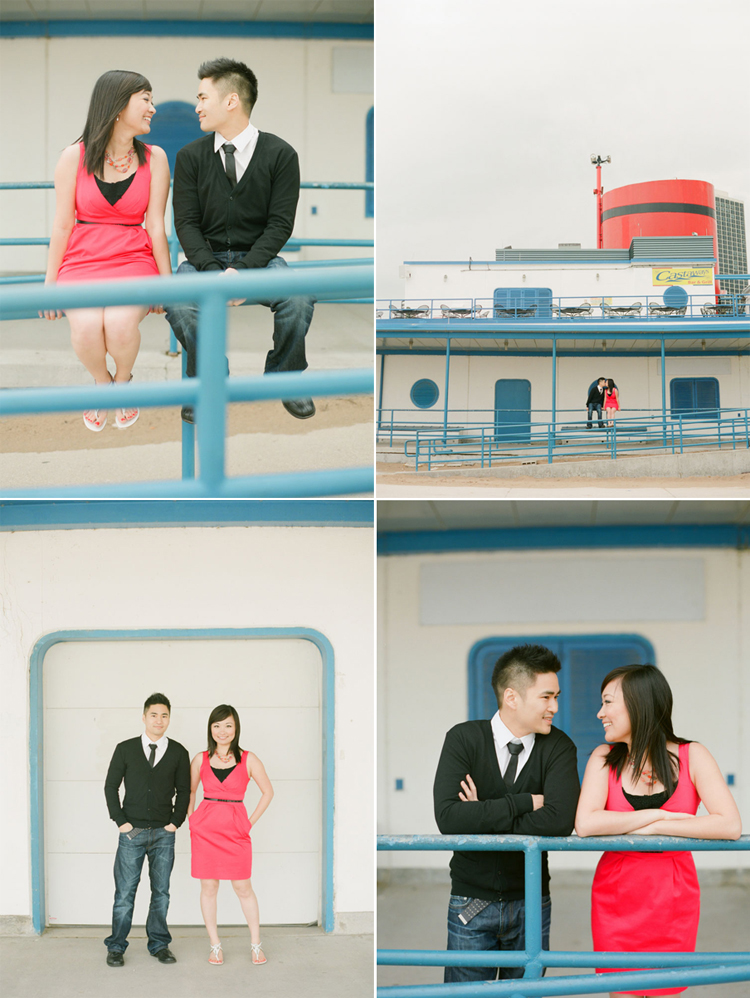 I might actually jog if I had such a scenic run…  reason to move by the beach? 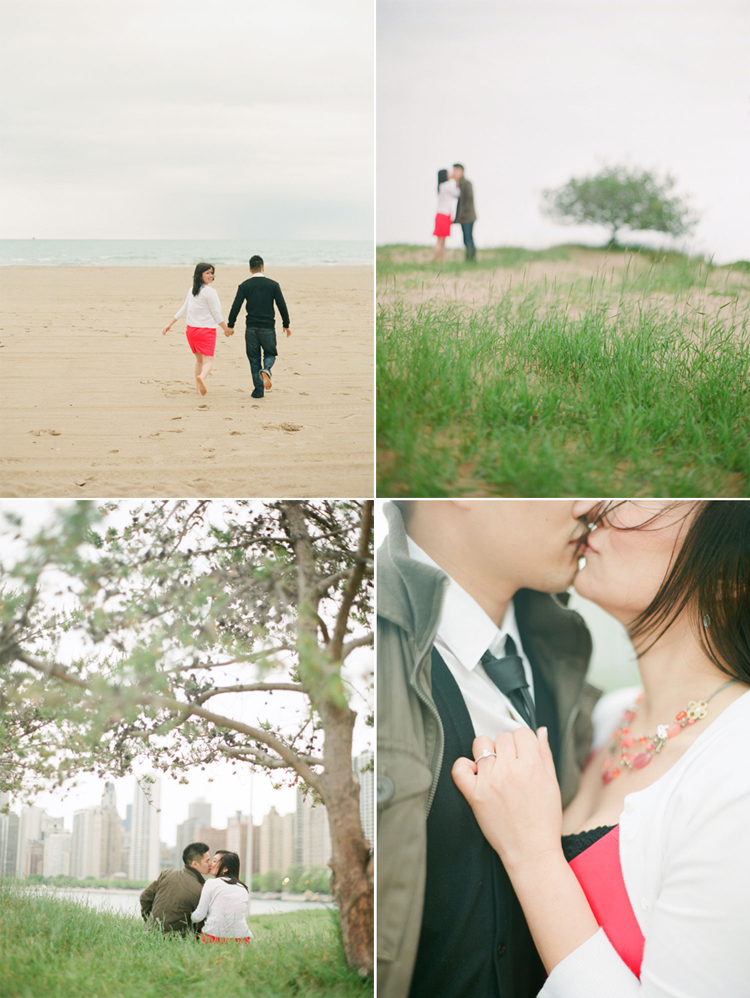 And I just love the Chicago skyline… 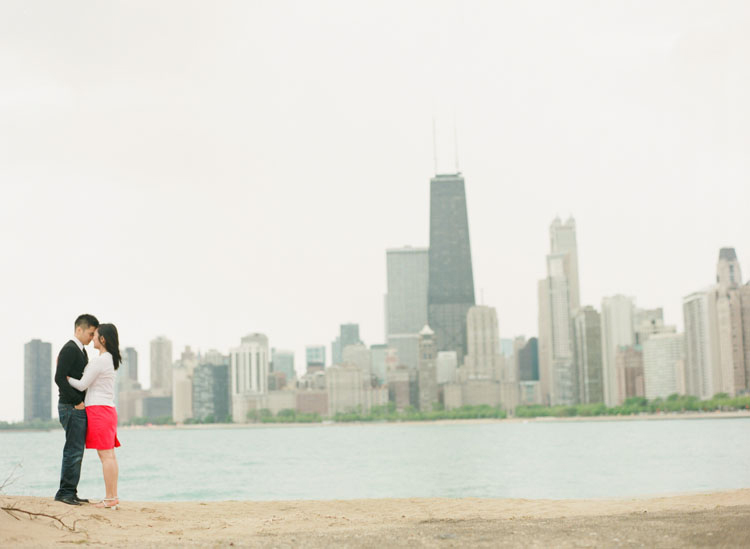 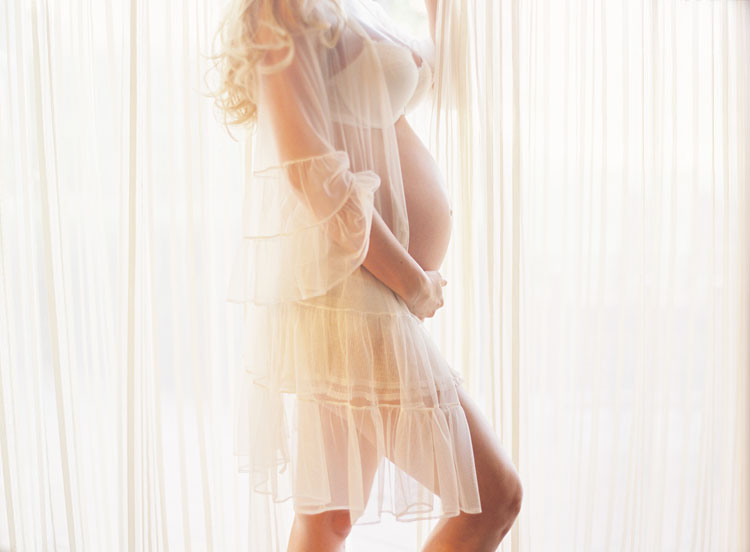 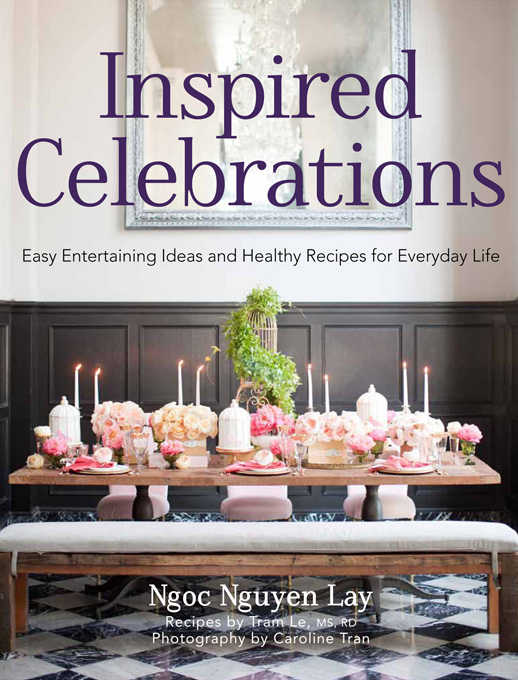 inspired celebrations book | behind the scenes